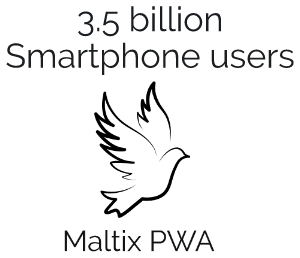 The global mobile market will undergo many changes, some major, some minor in the next 5 years.

It’s going to be an exciting period involving growth and technological developments.

This article is based on facts and figures that appear in GSMA’s Mobile Economy Report 2020.

Let’s take a quick look at what else we can expect between now and 2025.

2019 saw more than 5.5 billion mobile phone users worldwide, with 3.9 billion of those in developing markets.

In other words, 2 out of 3 people in the world had a mobile subscription by the end of 2018.

By 2025, 71% of the world’s population will be mobile subscribers

Developing countries like India, China, Pakistan, Indonesia, Bangladesh, as well as Sub-Saharan Africa and Latin America, will account for much of this growth.

In a nutshell, the mobile industry will experience many changes and achieve further significant milestones.

Mobile internet will add 1.75 billion new users by 2025, reaching a figure of 5 billion.

The highest number of users will be added mainly in China, followed closely by India and Sub-Saharan Africa.

The drivers for this growth are coverage of more and more areas with 3G/4G networks, availability of both reasonably priced devices and data plans.

And of course, the users’ great desire to consume social media and seek out more and more content online.

The Google developed technology is up to 10 times cheaper to manufacture and does not affect users smartphone memory.

Join Maltix on an EVENT call to learn the basics for business with the Smartphone generation.