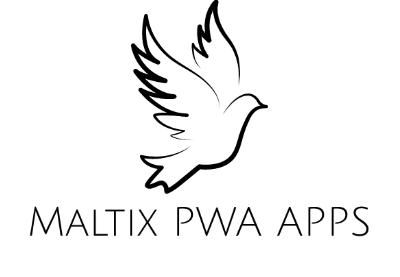 Maybe you are right.

For years a whole swathe of small business has been sucked into social media alongside a home made website never built with the small screen of the Smart mobile device in mind.

Do you think Social media is professional for business?

There is a mountain of evidence that suggests their are two culprits who forced small business onto amateur social media.

The other is in redemption.

The first crude APPS were built back in the 90’s the build cost was stratospheric and developed for the gaming industry.Then along came Apple with their fantastic devices, the only trouble was they got greedy and the avarice was developed into the myopic APP store and NATIVE APPS

But it was the genius of Steve Jobs who actually stated this vision:

His death saw the death of the idea, it then became a closed shop to generate revenue for Apple.

A Corporate firewall with pretentious pricing and an overlord pricing structure to suck as much money out of small business as possible.

And the small business that could afford it , went with it because they had no choice.

So in other words the most important piece of software ever developed for the Smart Phone never took off in business, hamstrung and treacled down by two massive Corporations.

So why is the APP much more important than a website for business ?

Firstly, the telephone is a talking device yes?

The natural medium for business discussion and shopping.

Texting is associated with the smart phone.

An PWA that is never distributed from a store.

An APP as free as a bird, with wings.

How does this relate to my business?

Visually, think of social media as the airport runway and flight routes.

Think of websites as the freight carrier.

Visualise the APP as the passenger carrier for the masses.

The majority of joined up business is conducted on the mobile smart phone.

The evidence is overwhelming, just look around you.

How much does this investment cost?

So what has happened in a very short period of time that helps the APP be developed and hosted for 10% of the price the old NATIVE APP ?

Technology developed by Google that has fulfilled the original dream of Steve Jobs.

In fact Apple and Google are now in retro collaboration for the common good.

What is this new version called ?

PWA APPS are built for the fast fingers of a Smart phone user.

With instant two way communication channels to market and manage change in your business or organisation.

The PWA is the cleverest thing ever invented for the Smartphone user and your reward is APP share across social media.

Grasping the benefits for your online and mobile phone business or organisation presence takes 5 mins.

Time to stop beating yourself up by trying to use Social Media effectively.

Its a dramatic shift of faith, but lets face it, social media barely works for most small business does it? it so amateur, so yesterday.

One Reply to “Do you think Social media is professional for business?”