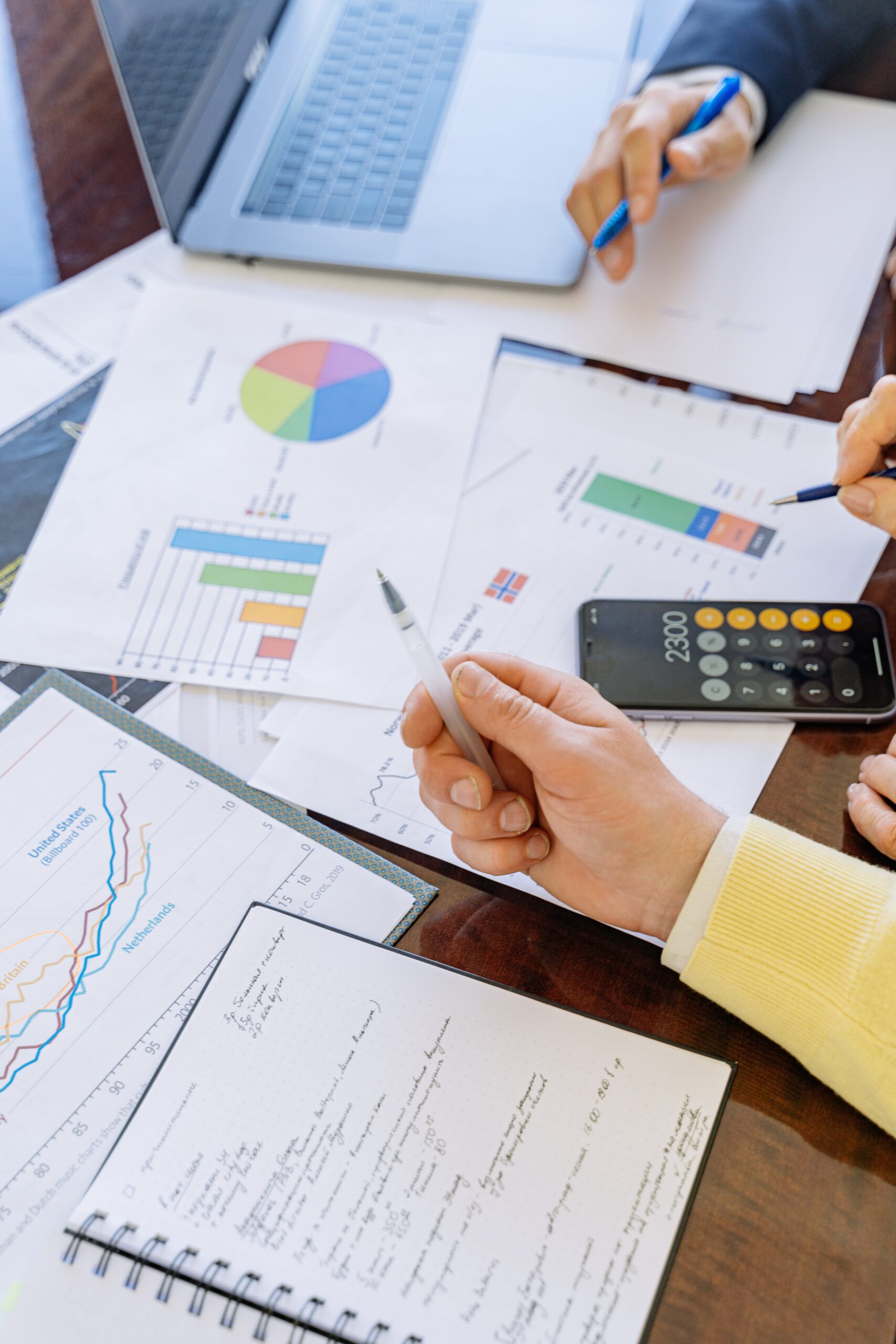 What are some of the most important PWA statistics that we should pay attention to in 2021?

Keep on reading to learn more!

Over the last decade, it has become more clear than a mountain river that mobile consumption is on the rise – according to Statista, the number of smartphone users in 2021 is estimated to reach the mind-blowing number of 3.8 billion worldwide.

This is over 50% of the entire global population!

But, if that was not enough to convince you, just keep in mind that US adults spend on average more than 3 hours daily on their phones.

However, while the overall mobile consumption is undoubtedly on the rise, native apps, which used to be the pinnacle of mobile devices, are now slowly but steadily getting substituted by progressive web apps.

The PWA market for small business is almost entirely untapped and ripe for stratospheric growth to dramatically reduce variable costs,

And today, we will see some key PWA statistics that prove it.

For those who are not familiar with the concept, progressive web apps, also known as PWAs, are web applications that behave and feel like a native mobile app.

However, they don’t have to be downloaded from an app store, which is one of the many benefits that PWAs offer for business.

In a study conducted by the TOP 30 PWAs report, the average conversion rate for progressive web apps was 36% higher than the one for native mobile apps.

The main reason why, as explained by Tom Karwatka, CEO at DivanteLTD, is due to a curious phenomenon called the “mobile revenue gap”:

This gap, as Tom explains in his article, is particularly noticeable in the retail industry, in which ” mobile traffic and consumer time on mobile are much higher than on the desktop. “

However, despite the higher consumption of content on mobile devices, and the amount of time spent on it, ” mobile sales numbers are much lower.“

According to Tom, there are numerous reasons why conversion on mobile can be significantly lower than desktop, in some cases 2-3 times less, including:

The majority of these issues, however, can be solved by switching from native apps to progressive web apps.

Because they combine the best of both worlds – desktop and mobile, they provide smooth mobile look & feel with the functionalities and user experience of desktop.

This explains the importance behind the first one of our essential PWA statistics – the higher conversion rate compared to native.

Next on our list of key PWA statistics is the higher customer engagement of progressive web apps compared to native ones.

According to Smashing Ideas, companies that switch to PWA notice an increase from at least 20% by up to 250%, which is a significant difference that often translates to increased revenue for businesses.

Some companies that noticed an improved customer engagement include:

Considering the fact that 65% of users download zero apps on their phone, it is no surprise that progressive web apps, which allow them to access their favourite website in a smooth and comfortable way from their phone, are significantly more engaging.

And drive more revenue for businesses in the long run.

3. Businesses switching to PWAs notice a decrease in page loading speed of up to 10 times

Speed is one of the most important factors when it comes to smooth digital experience – in fact, studies have shown that 53% of users will leave a mobile website if it takes more than 3 seconds to load.

For this reason, next on our list of PWA statistics is page speed, and how companies can benefit from it by switching to progressive web apps.

Undoubtedly, speed is one of the most exciting features when it comes to PWAs.

Combined with their capability of working in offline mode, they make it possible for users to access their favourite app in practically any moment.

Some of the companies that managed to reduce page load time by switching to progressive web apps include:

According to these PWA statistics, overall speed is not the only thing that improves when companies switch to progressive web apps.

Another key speed aspect that improves is TTI, or the Time to Interact – in other words, the time until a user is finally able to interact with your page, even it hasn´t loaded completely yet.

This is due to the fact that PWAs use the so-called “service worker” cache to store detailed information and the features of the app so they can load immediately once the app is accessed.

Another mind-blowing fact from our list of PWAs statistics is the cost for development of a progressive web app compared to a native mobile one.

Building a regular app from scratch is usually associated with high development costs, especially if the app is more complex and requires advanced features.

Additionally, the fact that each app store and operating system require a completely separate development only adds up to the cost.

In monetary value, this can mean an app starting from £10,000 for a single app store!

And the same development works for all app stores and operating systems at once.

Of course, when we are talking about costs, the investment for building your mobile presence doesn’t actually end with the development of the app itself. It is just where it starts!

Once your app has been launched on the market, you will have to continue providing an ongoing maintenance to ensure that everything is running smoothly from the perspective of your audience.

In fact, maintenance for native mobile apps might require up to 20% of your initial app development investment per year.

For example, if you spent £10,000 on building your native app, you could expect maintenance costs of £1,000 per year to provide a great mobile experience for your users.

Maltix PWA hosting plan is £50 pre month all in !

Depending on the complexity of the app, you could also incur additional costs for servers, bug fixing and updates, emergency maintenance, payment processing, push notifications, and so on.

On another hand, according to various PWA statistics and studies, progressive web apps require 33% less maintenance costs compared to their native counterpart.

One of the biggest reasons why is because you don´t have to maintain different apps across different app stores – with their specialised development tools, coding languages and resources.

With PWAs, you only have to maintain a single web app.

Another thing to take into account is that a company that runs a website and a mobile app needs to maintain both, which typically require separate – and more expensive – maintenance.

And more often than not, it also requires hiring separate teams to work for iOS, Android, and web.

However, because progressive web apps have multi-platform capability, the costs as a result are significantly lower.

6. PWAs can be up to 90% smaller than native mobile apps

Next on our list of PWA statistics is size – in fact, one of the biggest benefits of progressive web apps is that they are significantly smaller and lighter than native mobile apps.

The majority of them are no heavier than 1 MB! Let´s see some actual examples:

To sum it up, progressive web apps provide a great workaround to the typical problem that many mobile users have – and that is, the constant and highly annoying task of having to delete old apps to make room for new ones.

Because PWAs are so light and practically don´t take any significant space on your phone, you don´t have to worry about having enough space for it. In fact, the amount of space that native mobile apps occupy is one of the biggest reasons why people choose not to download them, unless it´s absolutely necessary.

To top off our list of PWA statistics, it is also important to notice that the average bounce rate for progressive web apps is barely 42.86%. In comparison, an average mobile bounce rate is about 60%, the same one for tablets is about 49%, and for desktop – anywhere between 41% and 55%.

Of course, this will also depend on the industry as some industries will experience higher bounce rates than others.

On this spectrum, it becomes clear that on average, PWAs register enhanced user engagement compared to other types of apps.

This metric, combined with faster loading times of less than 3 seconds, and a higher number of mobile sessions and pageviews compared to mobile websites, only shows that progressive web apps are slowly, but steadily substituting native mobile apps.

And much more importantly, now affordable for small business

Are you ready to build your mobile presence?

Talk to a Maltix partner today or launch right in their, purchase APP and the first 3 months of hosting