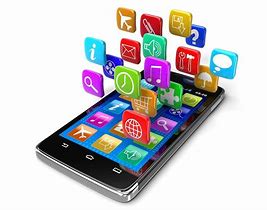 A great value Maltix solution worth a read.

Progressive Web Apps (PWA) are fast and reliable web Apps that work on any browser. Based on a Google initiative, they are the future of web Apps. PWA’s provide an installable, App-like experience on desktop whilst taking a mobile-first Approach.

Fast And Reliable:
App users have come to expect reliability, which is why a PWA must deliver a performance that is just as fast as the old native APP. PWA’s load immediately, providing meaningful content and an interactive web experience in less that 5 seconds.

Installable:
Since they’re also installable, PWA’s look and behave like any other Native App. Instead of having to bookmark a browser tab, a PWA launches as a Native App and runs like it, in a window without an address bar and with its own launching experience details such as a customised splash screen, icons, etc. It is also a top-level App in the task switcher, just as all other installed Apps, and the highest quality can be expected when the PWA has the guarantee of being built by Maltix..

Mobile & Desktop:
Another advantage of choosing a PWA over a Native App, is that thanks to responsive design techniques, they work on both mobile and desktop. This becomes possible thanks to the use of a single code between platforms. “These Apps aren’t packaged and deployed through stores, they’re websites that took all the right vitamins…

App Stores Issues:
The disadvantages of having to be found and bought through an App Store go from the high number of competitors, the difficulty of being well positioned on that long list, and the cost it means for your company. There is no wonder why 8 out of 10 Apps never make it out of the Apple Store and a 60% of Google Play Apps have never even been downloaded. It is important to note as well that there are more challenges to overcome when dealing with App Stores, such as: a 30% Purchase Tax; limited communication with users that pay outside the App Store; Application updates being routinely blocked; Siri, HomePod, and Apple Watch competitors being locked out; and Apple customers not having a payment choice. The store model is clearly not favourable to all those businesses developing Native Apps, which is why many are getting rid of Apps and migrating their client strategies to Progressive Web Applications.

Maltix Solution:
Maltix uses the only platform in the world where you can launch and distribute a PWA on the same day, without needing an App Store. More importantly, there are no hidden fees along with the subscription you sign up for and the App is entirely inthe clients hands, meaning you can update and publish changes as and when you need it, avoiding any long Approval process.

The on-boarding process for a Consumer Mobile Native App is a journey with too many steps, which means you can lose an average of 20% of potential users in each one of them. As an example, this is what could happen to a Native App with a potential of 1000 downloads: • The Maltix Solution: We provide a quick and unobtrusive on-boarding process that has already been proven to increase our clients’ Apps likelihood of success. Your PWA goes direct to customer distribution via: SMS, email, a downloadable website widget, QR code for print and TV, and a social media short code that is great for print, radio and TV campaigns.

App Store Sales Fee:
The high revenue amounts Apple and Google count on are undeniable and they come from somewhere. These two giants make billions through their mobile App stores, charging a fee of around 30% of all sales to their collaborators, in exchange for providing a safe, trusted environment. Why would any business be happy with a third party taking a 30% cut of their pre-tax revenues? Considering this high cost, it is easy to wonder if they offer that much value or if there is another way to succeed.

The Maltix PWA Solution:
The web is a safe place. In fact, one of the reasons why web standards take long to implement is their secure implementations. This means there is, indeed, an alternative to Google and Apple App Stores for customers and that is to take advantage of the recent PWA movement. Since there is no real security advantages offered by Native Apps, especially considering HTTPs is a requirement in any Maltix PWAs, these ones do not have the monopoly on monetisation. ApplePay is just another payment provider. The web has been monetised for over 25 years and the ability to receive money online is now easier than ever, especially within PWAs. There are options for a third party payment gateway integrations such as real-time credit card methods, ACH, PayPal, and many others. Taking advantage of this costs less than a 3% of your sales, which is evidently much lower than the 30% Apple takes.

SEO:
Until now, Search Engine Optimisation (SEO) for Apps was limited to a good listing in the App store. Since Google introduced the App indexing, now it’s also possible for users to receive link recommendations that directly refer to the contents of the installed App using the Google search App. But for the user to benefit from this, certain requirements have to be met. Thus, a user must actually have installed the App in order to click on the target site in it. Also, the source code of the website must be edited. There, deep links are inserted. These deep links must be created for iOS and Android separately. Moreover, they also need to be integrated into the XML site map, so that the Google-bot can be made aware of them. Quite the complicated process.

Maltix solution:
For businesses to succeed online, they need to deliver engaging experiences in line with their needs. Your PWA has the best chance to success thanks to the latest web capabilities we provide within our platform, such as the App Discovery Optimisation. PWAs are the only way to deliver user experiences on the web just as Native Apps do but without their costs & restrictions. With further development of Progressive Web Apps, there are many possibilities for SEO. A great advantage lies in the fact that a Maltix App is shared with you through a link, and it’s called up within a browser. Which means search engines can also index these links. In conclusion, PWAs don’t have the distribution or discovery challenges of Native Apps.

Updates Cost:
Different App versions must be simultaneously developed, published, and maintained for the various operating systems. Updates to the App have to be carried out through the Appropriate App Store for each operating system. A major disadvantage of Native Apps is the high cost factor. Costs don’t involve just App development, but also ongoing maintenance as operating updates happen. In addition to the actual CMS.

The Maltix solution:
A single code base for all browsers and platforms. Maltix Multi-Channel, Mobile First Approach means that PWAs function on all platforms so no separate versions are needed for different end devices. The result is that those development costs are significantly lower than with Native Apps. Also, updates don’t have to run through an App store. Instead, the web App is brought up to the newest standard with the help of service workers. This is done via the publish button from within the Maltix platform. Truly live updates at the push of a button!

Why choose a PWA over a Native App? For the last decade Native Apps have been the platform of choice. After 2011, when users turned to mobile abandoning desktop almost completely, demands on user experience changed drastically.

A Mobile First Approach has different requirements and priorities than the Desktop First Approach that had been cultivated during the Internet’s first two decades, so this tipping point meant a game changer for developers. By 2018, Mobile traffic was responsible for 52,2% of all Internet traffic. But by now the excitement about Apps seems to have decreased rapidly, and even if overall store downloads count on large numbers, Native App usage has concentrated around basically 10 Apps, mainly social media, and almost all of them are owned by Facebook. This means if you want to make it as a Native App, you have a tough way ahead of you.

Talk to Maltix for App examples and a quote today

Open chat
1
Free APP on-boarding
Powered by
How can we help your today?